Facebook has recently come under attack for failing to enforce its own guidelines on hate speech and violent imagery. Is it a website’s job to moderate the content its users post, or should users have complete freedom? Is there a happy medium? If so, how would you structure it? 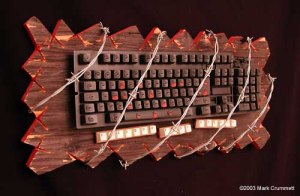 Today’s prompt is an interesting one, which will evoke a lot of different opinions.  This certainly is a prompt where I cannot wait to see the responses!

Freedom of speech – that little piece of legislation that gives normal citizens the freedom to say what they want, when they want.  There are two problems with this.

First off, it is an unfortunate fact that some people do not know where to draw the line, and live by this rule:

A very good example of this was seen last week on the Facebook page created in honor of the late Lee Rigby.  Some of the responses were heartfelt and sincere, but some of them however were just shocking.  At some point I wanted to ask these Neanderthals whether they realized that the page was not created to entice revenge, but to pay respect to a fallen hero.

Secondly, we live in a society where gossip rules.  Some people seem to live for the next bit of saucy detail, regardless of whether it is true or not.  People would much rather believe something bad about someone than to go to the effort to find out the truth.  It’s a fact.  I’m sure it is not necessary, but if you feel the urge to check whether this statement is justified, simply Google Celebrity Gossip.  I’m sure you’ll get the point.

These issues then poses the problem whether internet speech should be censored.

We all have heard of people whose relationships turned to dust or had their reputation shattered because of what was said by an ignorant fool.  Facebook has become a powerful tool for marketing and activism.  When you come across a new product or service (or even, in some cases, when you meet someone) what is the first thing you do?  We turn to Bing or Google, look at the majority of reports and form an initial opinion based on what we find.  This is where I have a bit of a moral dilemma.

Scenario 1 – Freedom of speech is practiced in every sense of the word:

Freedom is allowed across all platforms and any negative claims made, will have to be backed up with evidence to the contrary.  This would mean employing someone full time to keep abreast of what is being said about your company.  For a company like Monsanto for instance, this has proven a difficult task (especially in the past week) as they have had to deal with an influx of rants from visitors 🙂   I am pretty sure they would rather have had the option to just delete those comments before they can be seen.

However, what happens when a company is maliciously attacked with claims which holds no ground?  They will then be stuck with a huge PR dilemma.

Scenario 2 – Freedom of speech is moderated:

Now, this is pretty much the basis that WordPress works on, and for me, it is a system that works really well!  Any comments by new visitors are placed on “Pending” until such time as it can be “Approved” by the owner of the site.  Once a visitor have been approved, all future communication will appear automatically.   This can however also be detrimental in the sense that the owner then have the choice as to what content he / she wants displayed.  It is a very simple choice to delete a comment which goes against your liking.  I guess it’s a matter of the moral compass of the person in charge.  If you can’t take the heat (criticism) stay out of the kitchen!

I quite like the way things are being done on WordPress and will stick with that for now. 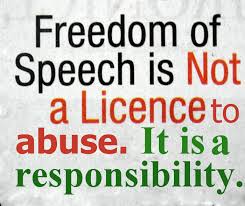 I am a free spirit born in the Free State, 20 years to late. I am Ying and Yang. I am the girl next door who prefers daisies and peace rallies, but can just as easily rock at a rally. I love all things Latin and am sure that in my previous life (if that existed) I was Spanish. The dark side of me, however, tells me that I lived in Mother Russia. I am an over thinker par excellence , in constant search of answers to all things that makes us human. What we do and, more importantly, why we do it. I hope you enjoy my rambles and would love to hear from you. If you like it here, please come back, comment and share. If not, let me not waste another second of your time. All I ask is that you respect my space, be constructive and leave negativity at the door. There is enough of that in this world we live in and yes, in my head too sometimes. Not everything here will be liked or agreed with. Some of it will be downright rude, crazy and straight forward. Not everyone will like me and what goes on in my head, but this is my life and my space. Enjoy the ride View all posts by nanuschka

Say something, you know you want to! Cancel reply

This site uses Akismet to reduce spam. Learn how your comment data is processed.